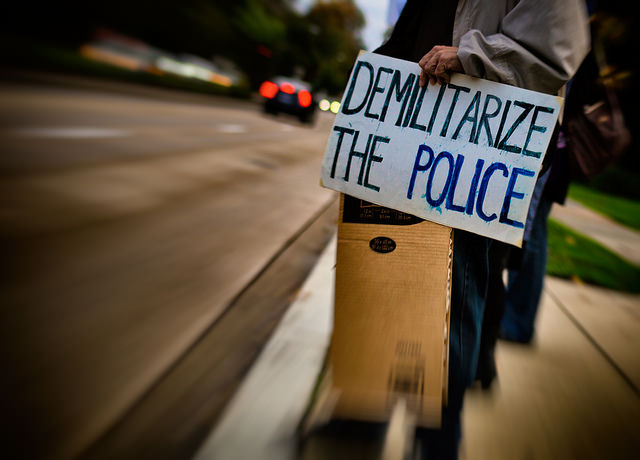 I picked up This is the Police in a Playstation Store sale a few weeks ago. I had never heard of it before, but I liked its trailer. Now that I think of it, I notice its similar style to Night in the Woods’ trailer, which still gives me chills. (And, of course, I loved that game.) Both trailers flash rapidly through such a heterogenous variety of scenes, leaving me mystified and intrigued about the game and the experience of playing it, rather than taking a trailer’s more typical tack of checking the boxes on survey of genre, style, and content expectations. All right: I suppose I must appreciate that!

Many hours in — at least a dozen, perhaps twenty or more by now — I can say that Police is all but destined for my 2018 game-of-the-year list, even though I doubt I could generally recommend it. The game feels far too long, inconsistently signals its narrative shifts with an often opaque UI, and its core game loop rubs constantly against its ongoing frame-story with rubber-squeaking friction. Most galling, the Austrian-developed game blunders into sensitive topics about American policing, race relations, and gender politics with stunning clumsiness, again and again. And yet: not since I played Zeno Clash eight years ago has a console game that I began playing on a whim, with zero prior knowledge, hooked me so thoroughly and returned so richly on my invested time.

In short, this game is amazing — literally, in that it amazes me. I feel pretty sure it’s also bad in that everyone I know would probably hate it, and would seriously question my judgement for praising it. Believe me, I’m right there with them.

At the center of Police lay a perfectly decent police-dispatch simulator. Calls come in; judge their veracity and urgency based on the circumstances, and choose how many officers to send, with sub-choices about deploying support units (like a SWAT team or a police van) and whether to send experienced personnel or greener ones. Cops will resolve most situations on their own, but some calls challenge you with a little two- to three-page mini-quiz about handling the situation. (These are not hard, with generally one “act like an aggressive but level-headed law enforcer” choice against two silly or otherwise weaker choices.)

Do well at this day after day, and the mayor will reward you with budget or salary increases; embarrass him, and face browbeating and staff cuts. You also need to maintain stasis with local organized crime syndicate, looking the other way from time to time (despite the mayor’s distaste for this) to keep that pot from boiling over. Finally, you must consider your officers’ mood: treat them well and they’ll execute their duties efficiently, but work them too hard and they’ll screw up, slack off, or just quit. So far, all this sounds like a pleasantly competent variant on any Hamurabi-style management sim, something that one might have played on a pure-text terminal or on a BBS 35 years ago.

But This is the Police layers surprises and disruptions on this comfortable loop. In a delicious turn, it wastes no time at hinting at its own depths: before you begin your first day, the game prompts you to choose a song. Huh? It gives you a unique, single-task UI — one of many that the game will trot out, over its course — for thumbing through your character’s collection of jazz and classical LPs, picking which to to pop on his turntable. Otherworldly abstract art decorates the album sleeves, but the music is real. Once the chosen string quartet or clarinet band-leader begins to play, only then does the view amble over to the core police-dispatch UI (which exists in-world as a literal scale model of the city that the chief keeps in his office, contemplating like a scheming Game of Thrones character while he works). This wholly unexpected flavor instantly gives a bland management sim a somehow electrically ironic and fraught air, a feeling like anything could happen.

I loved this initial Minority Report-style hook very much. It immediately established a bond of trust between me and the game that it held far more than it first appeared, and would reward my spending time with it while it unfolded. And that is why I continued playing when the game flung itself off the rails on only the first or second pass through the dispatch-loop when the mayor called with a special request: an increase in racially motivated violence across the city had made him worried about cops being targeted, and therefore I had to fire all my black officers and replace them with whiter ones before the weekend. Uhhhh. I ignored that directive entirely, and thus started off on very poor footing with City Hall, which retaliated with the first of many capricious budget cuts. But by this point several in-game days had past, and I had kinda fallen in love with everything else about it. I kept going.

It became clear, over time, that this bizarre event was a card pulled from one of many “event decks” the game will draw from in order to keep the player from ever feeling too balanced and comfortable. In one deck, the mayor’s office calls with simon-says requests to arbitrarily rearrange your force somehow. The game presents these calls with wry cynicism, depicting a mayor far more concerned with appearance than practicality, but they mostly have positive aspect: Hire more women in order to mollify an increasingly feminist constituency, or make sure to have at least three Asian-Americans on duty the day a foreign delegation visits, or send a bunch of cops off to training (whether they need it or not) to combat public perception of the mayor’s own incompetence.

I assume that they developers made a matrix of all the varieties of staff-reshuffling the cowardly mayor could demand, wrote some appropriately eye-rolling excuses for each, and dropped that whole event-deck in. That’s fine in concept, but boy, what a note to start on, in my playthrough. All those other mayor-calls I have fielded, while cartoonish, at least have a foot in plausibility. “Replace all your black cops with white ones immediately” is just not a thing that could ever happen so casually in any American city, not even in fiction, not even in parody. It’s the kind of nuclear–bomb event that would make sense only if the entire story focused on it and its aftermath. I can’t shake the feeling that its presence as just another random event comes from an inside-out misunderstanding, by a European developer, of the very real and very painful tensions and mistrust between the police and black American communities; most any American developer would laugh sourly at the thought, and simply elide that particular card.

This sort of causal political clumsiness happens over and over, involving not just African-Americans but oversimplified “feminists”, upset “LGB” crowds (to use the game’s term), and so on. TV-tropey rape and murder rolls in for lazy dramatic stakes-raising. I cringe, and then I keep playing because the game as a whole is so strange and so good, and I’d lie to say that its half-baked politics don’t end up accentuating all the strangeness I find so compelling. Further, the game’s convinced me its heart is in the right place, even if it expresses itself clumsily sometimes. A small counterexample: you’ll often receive calls during the normal game mode that boil down to “I saw a black guy! Help!” and you learn that the most efficient way to deal with these involves politely ignoring them. Maybe that shouldn’t feel good, but given current headlines, it kind of does anyway.

And here I’ve written 1,500 words so far about a game I’m supposedly halfway through, which leads me to the last I-love-this-horrible-thing point I’ll cover in this post: This game is long. Probably too long, possibly way, way too long. It offers no manual save-files, instead using a system like The Last Express where you can rewind time in week-long chunks and try for better outcomes (with, mercifully, the same random seed applied*). Since bad outcomes can leave you sufficiently resource-poor to make gameplay more frustrating than fun, you’ll likely rewind rather often, adding even more length to the game as you call repeated do-overs on particularly rough weeks, the resolution of which can take up yet another real-world hour or so.

The frame story names goals that sound outrageous at the start: the player character has six months to retirement, and wants to amass $500,000 before then, so as to settle a dangerous debt. At first, seems impossible that the game literally means that you’ll go through the dispatch-loop 180 times, and will need to somehow net an average of $500,000 ÷ 180 = $2,777.78 per day. Not when you start with a $1,000-per-week salary, and the music-selection screen actively encourages you to spend hundreds of in-game dollars on new music (flipping through a lovely paper catalog, in just another the game’s so-lovely, so-bizarre one-off specialized interfaces). Not with so many other purchasable perks for keeping your bosses and subordinates happy. Surely, surely the player’s cash is for discretionary spending, and let’s just see where the story takes us.

I hit my 90th in-game day last night. After a slow start, I’ve a better idea of which money-making side-schemes I can dip into without upsetting the cart too much. My character’s bank account lies just south of $200,000. I… I think it means it. This is absurd. I can’t possibly be expected to see this whole flaming mess to the end.

* I assume that every player experiences the same prewritten overall set of story arcs, but that the “encounter decks” the player works through are uniquely shuffled for every freshly started game. I’d be curious to know if other players began their games with the same alarmingly bizarre request that mine had.