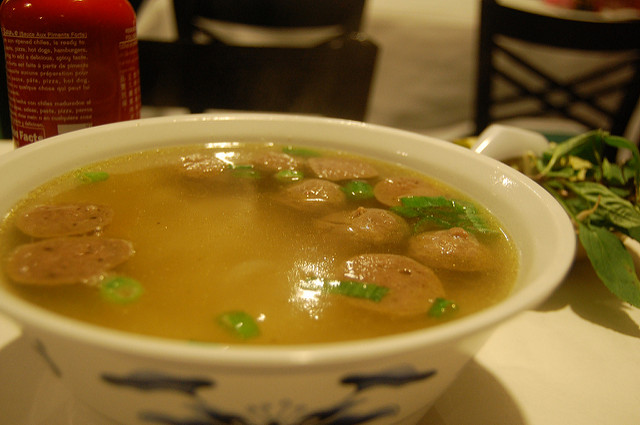 My household has lately been enjoying The Witcher 3 a great deal — it has picked up the long-disused banner last carried by Fallout: New Vegas as a compelling and well-written “triple-A” game that we enjoy playing together, treating like a TV series. (And a bingeable one, for good or ill.) That said, I find myself needing a break from it, even though after six weeks of almost daily play we’ve arrived at the main storyline’s final act. While my partner plays solo for a while, gladly hoovering up all the earlier sidequests we’d left behind, I ponder why my attention ebbed over the game’s vast middle — especially compared to its extremely interesting prologue.

Even as I played through it, I knew exactly what grabbed me so successfully in White Orchard, the relatively small world-map that holds the game’s first few post-tutorial hours. Just as you start getting your bearings, you receive your first major quest: slay the griffin pestering a local army garrison, in exchange for information that’ll gate you into the midgame. This comes after foreshadowing about the monster’s power and rapacity — one of the very first NPCs you meet is a hapless merchant, stranded in the woods after the terrible creature turned his horse into salad.

More crucially, you accept the contract many real-time hours before you get to lay eyes on the fearsome thing yourself — but you work your way up to it, steadily, in satisfyingly paced steps. You interview townspeople about the attacks, then visit the sites the witnesses mention, looking for clues about its methods and habits. You research griffins’ known weaknesses, then gather ingredients and shop for recipes to make the specific potions and oils that will work best against this particular prey.

All this tension reaches a delicious height when you find the monster’s nest, discovering the motivation for its unusual aggression and completing your pre-fight checklist. When you feel ready, you set the trap, and at long last face the creature down, and it feels awesome. Those last few violent minutes cap what, all by itself, feels like a small, self-contained (and surprisingly large-budget!) adventure game about an episode in the life of a fantastic monster-hunter. I loved all of it.

And then the game set me free in the enormous mid-game world map, and… well, I have willingly spent dozens of hours slumming around in Novigrad and island-hopping across Skellige so I’m not going to suggest that I haven’t had a good time. But I never did recapture the feeling of White Orchard, even though I find myself going through the same motions, again and again. What Witcher 3 sees as a training exercise, I saw as the main course! Why did this happen?

A lot of it, I think, comes down to how the game handles your character’s personal resources. Crafting potions and oils (buffs and debuffs, respectively) plays a central role in Witcher 3, but unusually — and in stark contrast to Skyrim, especially — once you brew a consumable goody, you keep it forever, able to use it repeatedly. Each bottle or bomb has only a handful of “sips” or charges or whatnot, but you completely recharge used-up stock every time you rest.

Certainly I found this refreshing, when I first figured it out. No more hours slaving over a hot alchemy table between dungeon sorties, or having an inventory screen resembling a liquor store’s stockroom. Just carry one of everything, easy!

Alas, this style carries a fun-deadening drag of its own. Just as Witcher 3 does not escape the typical single-player CRPG problem where your character quickly becomes so absurdly wealthy that in-game commerce becomes meaningless, his ever-ratcheting collection of anti-monster alchemical tools means that you never again experience the oddly immersive joy of assembling a task-tailored toolkit from scratch to face down your next big contract. Odds are, you already have the stuff from all your last jobs, and you don’t even have to go home to fetch it first. You read the bestiary to find out which oils to slather on your sword this time, and head straight to the lair.

All that is still pretty fun, mind you, and the writing is good — not just “good for a mainstream big-budget videogame”, but as good as a higher-end long-arc fantasy teleplay. And every so often, part of it does manage to feel, once again, like a compelling adventure game that rewards deep attention. Several hours into the midgame, for example, I found Geralt’s encounter with the Bloody Baron and his “botchling” a solid work of fantasy horror, startling and meaningful and wrapped up in unexpected grace. It, along with the whole White Orchard sequence, are two of several rewarding Witcher 3 sub-stories floating in a sea of far more passive play that otherwise stretches on for hours and hours.

I would have felt at least as happy had the game somehow served up these isolated episodes as all its playable content, rather than offering me a whole landscape in which to dwell. I know that level-uppy triple-A games just don’t work that way, and more’s the shame. I’ll take what delight from this one, once I’ve spent enough time away from it to start missing its world — one which, for all the fun I’ve had, I really don’t wish to feel too familiar with.