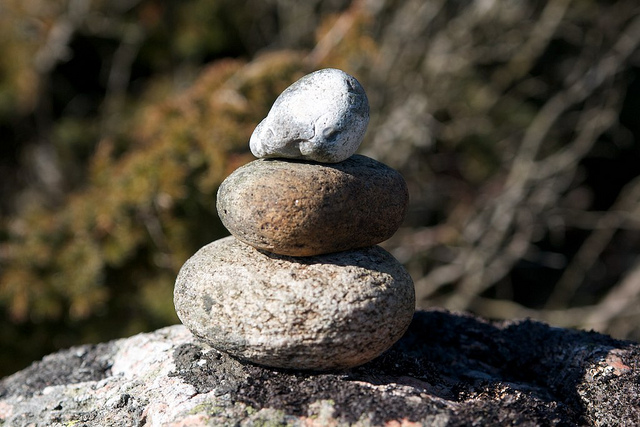 The core mode of ACE Team’s Rock of Ages 2: Bigger & Boulder plays like a delirious mix of Super Monkey Ball and Rampart, all presented within an animated and unapologetically full-throated Terry Gilliam audiovisual pastiche. Per its own subtitle, the same could be said about the game’s 2011 predecessor; this sequel serves primarily to amp up the absurd audiovisuals for current-generation game systems.

This sequel also gently astonishes me with its existence in the first place. I wouldn’t have imagined the first game — which I enjoyed in concept upon its release, then never heard nor thought about again — to have seen enough success to demand a post-Obama refresh. Clearly, my imagination proved as flat as one of the victims of this game’s smiling and eponymous lithospheres. Never one to complain about the world having more highly weird artwork for sale, I can only welcome it.

In Rock of Ages 2’s single-player campaign and its main two-player competitive mode, each player has the task of smashing down their opponent’s castle by rolling an enormous, grinning boulder through a twisting, obstacle-laden course — Monkey Ball-style — and then down a final ramp towards the target. The boulder has a health meter, reduced by running into obstacles or falling off the track, and enough damage will disintegrate the rock prematurely.

However, the game rewards limiting the caution you practice while bowling down the track. Both players — whether two humans, or a human and their competing AI — play out their turns simultaneously. While not racing against the clock per se, the player who practices too much care in picking their way around anti-boulder hazards ends up giving their opponent more time to set up and launch their own rocky assault on the player’s home castle.

The opponent’s castle takes several hits to breach, and after each such rolling sortie ends — whether through a direct hit or crumbling misadventure — the player switches to a defensive mode, placing appropriately silly items all over their opponent’s track to stymie them. Cow pastures slow boulders down, cannon damage them, spring-traps can fling them off the track entirely, and so on. Placing hazards costs resources, regained through patience or through placing special obstacles near the gold mines that dot every track. This phase does feature a timer, after which the player can leap back into boulder-rolling. Play alternates thus for both sides until one finally squishes the other.

I see that Wikipedia labels the Rock of Ages games as tower defense, and while they do borrow some cues from modern games of that genre — such as the animated “wind” indicating the path that they enemy will take — I don’t think this designation quite fits. The back-and-forth rhythm between building up defenses and then slamming through your opponent’s obstacles brought Atari’s memorably unlikely 1990 arcade experiment to mind before anything else. Arguably, all tower defense games trace their lineage from Rampart, so perhaps Rock of Ages chooses to draw water directly from that primordial well.

More to the point, though, the Rock of Ages games have no patience for the sort of tactical planning inherent to true tower defense games. The defensive controls may resemble those of a more thoughtful game, but in practice one just scatters obstacles across the enemy track in a few frantic gestures during the swift moments between rock-rolls. Granted, this activity does provide some space for strategy: I learned that coating the space in front of one’s castle with momentum-sapping cow pastures works well to limit damage wrought by the enemy boulder, for example, and that spring-traps work best when placed in chicanes, where they might bounce a careless opponent right off the track. Other than these sorts of overarching strategies, the defensive game proves as much an intentionally chaotic melee as the attack phase.

I feel unsure about how this works as a multiplayer game. Its Gilliam-homage animations — which start on the load screens and carry straight through the menus into the actual gameplay — suggest the game as best suited for single-couch competitions. If Rock of Ages 2 doesn’t aim to become anyone’s favorite game, it does vie to earn a place as this ridiculous thing to show your guests. In this respect, though, the core game mode suffers from how the defensive phase makes it just too complicated for a party game, unless the host has the patience to play a single-player round first to demonstrate. To its credit, Rock of Ages 2 does offer less complex play modes that work with no instruction at all, most notably a simple rolling race down a track laden with pre-arranged obstacles, where one can enjoy all the goofy animation with minimal brain-exertion.

Rock of Ages 2 inevitably offers online play as well, but (as of a week after its initial release) seems to have fallen on the dark side of the critical mass required to make quickplay with randos work. During one Eastern-time weeknight, I found no public online matches to join, and when I created one myself I had no takers after fifteen minutes of waiting. I don’t necessarily consider this a detriment, given the game’s clearly better suitedness for local play, but always find this sort of thing a little sad to see nonetheless.

If you try this game for any single reason, let it be the single-player story mode, which one must traverse anyway in order to unlock all the various maps, boulder-variants, and defensive goodies for use in multiplayer. I loved the pre-fight cartoons introducing each of your computer-controlled opponents, all historical or mythological figures hit with a silly-stick: Joan of Arc as a babbling zealot, Robert the Bruce as a giant with eye-lasers, Vincent van Gogh as a paint-vomiting anime monster. They set the mood for the subsequent gameplay quite effectively. If you fancy the opportunity to make an animated cut-out of Henry VIII scream like a baby moments before you pancake him with a house-sized boulder, then you may find Rock of Ages 2 a worthwhile purchase.

I originally wrote this review for the website tleaves.com, whose editors provided me with a review copy from the game’s publisher.

Previous post: A true story my friend Marc wants me to tell you