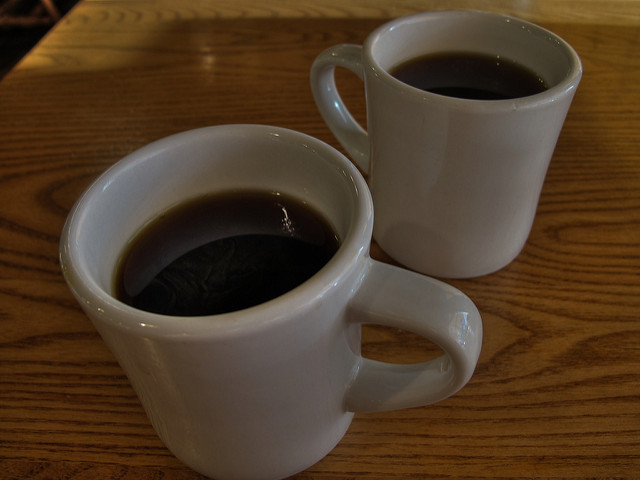 I admired Prey from the start for making something so smooth and tasty from an utterly unapologetic pastiche of Bioshock*, stitched up with a Deus Ex skill system, Beyond Good & Evil’s monster-photography, Arkham Asylum’s map-traversal rhythm, and more.† It does absolutely nothing new, and it does it all very well.

I had a good time, contrary to what I’d have predicted given all the above. I believe this happened through Prey’s surprisingly subtle system, expressed entirely and almost invisibly through familiar power-fantasy game mechanics, of player-directed choice. It frames it not as “good” and “bad” but as a long road away from a starting-point of purity, and tempts the player effectively and unrelentingly towards compromise, without once shining a spotlight on the fact. The player can choose how deeply to plumb these depths, discovering the costs and consequences at their own discretion.

Prey builds upon and improves Bioshock’s template for presenting “moral choices” in the context of a shoot-n-loot action game. Where Bioshock presented its decision-points — more accurately, its single decision, over and over — bluntly and as a strict up-or-down binary, Prey gives you a rich web of paths you can walk, with one clearly signaled “good” choice of heroic deeds and moral purity, but then a surprisingly gentle and temptingly textured gradient of compromise that stretches quite wide before one arrives at muhuhaha-style “evil”. The game doesn’t limit its implementation to its power-upgrade system, but I shall focus on that for this article.

For all the discussion it engendered at the time, Bioshock’s repeated choice of “Free the little girl, or consume her as a power-up? …Okay how about this litte girl? Maybe this one?” never came close to the poignancy it aimed for. You could choose to play as a violent savior or a selfish monster, but the two routes never meaningfully diverged, neither narratively nor mechanically. (Famously, if you stick to the more noble route, the game eventually gives you — literally gift-wrapped! — the power you gave up by not devouring the girls, blunting any sense of personal sacrifice.)

Prey gives you a similar set of paths, once you’ve advanced far enough into the midgame to unlock the ability to gain bizarre alien powers, complementing the more mundane human-ability upgrades available to you from the outset. The moment this new vista opens up, the two factions who radio you throughout the game, vying for your loyalty — the devil and angel perched on your shoulders, essentially — suggest the stakes. One faction tells you that accepting alien powers will make you vastly more flexible and increase your survivability — all true. The other one says that making yourself more alien will turn the environment’s automated defense systems against you, and might have other, unknowable side-effects — and besides, aliens are gross. Also all true!

At first, the “angel” faction’s argument seems stronger. By this point in the game, the player’s likely learned well about the use and efficacy of the environment’s friendly and automated machine-gun turrets against the alien baddies, and has no desire to suddenly become their target. The player also has ample reason to distrust the party delivering the “devil” faction argument. I would expect, therefore, that a typical player takes the same route I did, initially shunning the suggestion to embrace alien powers.

And then things get interesting. From this point on, as a natural consequence of progress, the game announces from time to time that the player character has “researched” and “discovered” new and increasingly interesting alien powers, a consequence of observing and battling an ever-widening menagerie of otherworldly critters. These progress from fairly tame tricks — firing magic missiles, turning invisible — to the exotic and fearsome: Manipulate matter at a distance. Invade enemies’ minds. Raise an army of the dead.

Every time you find a roll of fresh “neuromods” (unspent skill-points) rattling in your pocket, you open your character-upgrade screen, and alongside the more terrestrial upgrade paths: run faster, shoot better, carry more stuff — lurks this other path, very likely grown even longer and more powerful since the last time you looked. It never goes away, and you cannot hide it. The list even wears thrillingly eye-catching shade of deep purple, in constrast to the watery blue of the human abilities. Just say the word, sister, and this can all be yours. Every upgrade you apply — even if you stick to human abilities — carries an extra weight, this way.

Furthermore, this temptation exists on several levels, including those outside the bounds of the game proper. At least on the Playstation edition of the game I played, the lion’s share of “trophies” awarded for accomplishing various in-game achievements are tied to feats one can perform only after drinking deep from the alien-power well. Further, unlike the trophies for working through the story, all these trophies begin the un-hidden. Right from the start, inside and out, Prey dangles the fruits of corruption for you to grab at.

While I did not achieve any of these trophies, I don’t claim any sort of real-life moral strength on my part. It’s more that I recognized the game that the game played with me, and I loved it, and I played along. It happens that I felt most natural to go full Lawful Good. I would peel off a couple of hidden trophies at the end for this, one for not deliberately killing any humans, and one for achieving the “most empathetic ending possible”. (The alternate trophy for killing all the humans in the game: obvious and available from the start, of course.) Sure, I felt good about that, I felt good specifically because I deliberately chose a style, and the game acknowledged it. It nodded at me both inside the game world through spoken dialog, and outside it via that trophy. What a sense of connection, and how different from Bioshock.

And the price I paid for all that felt real, too! Trophies to one side, I never even saw a single one of the cool effects promised by all those alien powers. I never knew how far I could push the compromise of accepting alien garbage into my character before allied characters (and machine-gun turrets) would start to react, or what ultimate effects walking a middle-path would have on the game’s play-style or final outcome. The status screen always presented the same drawing of my character’s placid face and the text “There is little to no alien contamination in your body”, and I’ll never see the thrilling horror of watching either of these change.

Well… yes, I can replay the game! But I don’t plan on it. I had a fine time with it, it feels done, and I neither want to restart nor watch anyone else’s playthrough on YouTube. I liked how I willingly paid a price for the path I took, eyes-open, and felt rewarded for it at the end. I feel fine leaving things there.

Prey does have its flaws, especially as regards its interactions with non-player characters. The game’s insistent basis in silent-protagonist first-person shooter conventions often rub against the narrative uncomfortably, occasionally dragging it into outright absurdity. (Don’t get me started about poor Danielle’s nonsensical fate.) But it does achieve something subtle and brilliant through its surprising freedom to role-play, making even a single and relatively constrained axis of character-freedom feel like a relatively deep investment in character definition.

* Yes, I have heard that had I played System Shock games I’d almost certainly think of this game as System Shock 3 instead. But I hadn’t, so Bioshock remains my reference point. Prey does seem to pin itself quite deliberately to Bioshock, from the way both games present your first power-up to you (whether neuromod or gene-splice) to their twist-ending reveals that give their player-characters retroactively diegetic excuses for acting like silent, pliable, and hyper-violent video game heroes.

† I laughed out loud at the choice-review scene squeezed into literally the last minutes of play, straight out of a Telltale game. Just one more borrowed mechanic before we go!