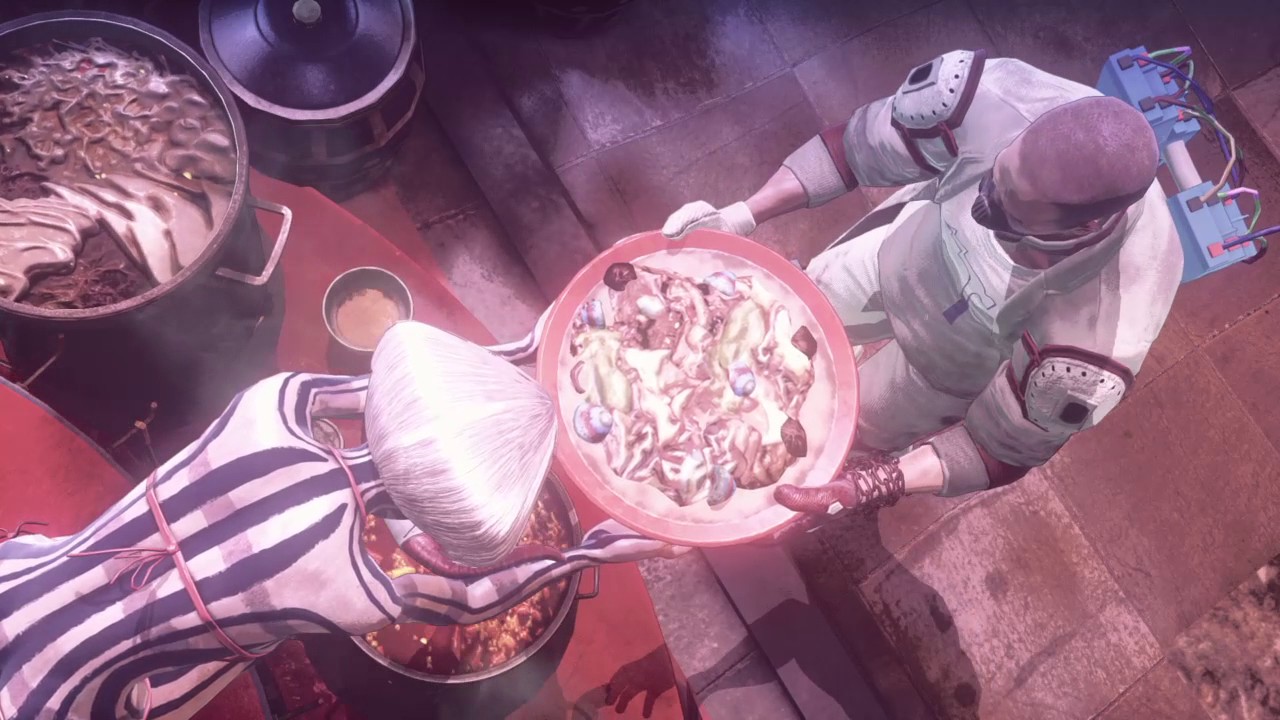 As I consider the game-over screen after yet another wipeout with Slay the Spire, I think about how I’ve heard that one key, often-overlooked difference between the ways that Americans eat versus folks elsewhere has less to do with the portion size than the diner’s sense of obligation towards it.

I count myself among those Americans inculcated as children that any scraps left on your plate, whether at home or dining out, serve as evidence that something has gone terribly wrong. If you didn’t hate your meal, then clearly it has made you ill — or else you brought disgrace upon yourself by spoiling your appetite, overdoing it on the openers. Whatever the cause, your abandonment of the dish covers yourself, your host, the server, and all other eyewitnesses in shame.

I carried this attitude well into adulthood — until I started to learn how, in other parts of the world, people set their forks down when they start to feel sated. In these lands, the diner feels no embarrassment at this, and the host feels no insult. Japanese culture even has a term for eating until one feels 80 percent full.

Only recently have I begun to attempt this myself, and I know that my life has improved for it: no more sleeplessly indigestive nights after conquering my whole appointed portion, no matter the size. I have traded in my Clean-Plate Club card for a doggy bag in the fridge and a lazy lunch the next day. And as Slay the Spire hoses my last character into the dungeon’s drain and invites me to roll up my next one, I think about how this approach to our diet can apply to video games as well.

I first gained this insight from my friend Joel, who in late 2016 introduced me to Let it Die, the utterly unique, absolutely bonkers hack-and-slasher from Grasshopper Manufacture. I had a grand time tearing my way through the game’s roguelike-inspired single-player levels, as well as tussling with the game’s bizarre asynchronous-multiplayer modes, where I joined Joel in representing Rhode Island. (The game, otherwise quite divorced from reality, encourages players to join teams named for American states, each flying its own wonderfully inaccurate flag.)

After a couple enjoyable weeks of bloody struggle I came to defeat the game’s first boss, and naturally the game rewarded me by swinging open the doors to World Two — more of the same, but harder, with more complicated power-ups and enemy effects to learn. It unfolded new styles of maps to master, promising more weeks of play, and the dim shadow of the third and fourth worlds waiting beyond all that.

And even though I had had a great time, I just couldn’t work up the energy for it. Defeating that first boss had a sense of not just triumph but finality. That didn’t seem right, though: the game had a clearly telegraphed endpoint, a long but finite distance ahead of me, and stopping now would constitute abandoning a project. A failure, and a stain on my conscience. And yet, here I sat, unable to eat another bite.

Some months later, I happened to visit Joel’s home city, and the topic of Let it Die came up over drinks. I thanked him for turning me on to the game, but admitted my regret at not finishing it — in fact, at not even getting to its nominal halfway mark. When I described my feeling of undeserved satisfaction at getting as far as I did, Joel interrupted my lamentation. “But that sounds good, though.” He leaned back and patted his belly, pantomiming a satisfied diner. “You felt full, and you stopped! That was all you needed.”

Earlier this month, after my wife and I shared an intense, days-long folie à deux over Slay the Spire, we both got to enjoy a winning run: Amy first, and then myself, mere hours later. By some measures — by the yardstick of online gamer culture, certainly — we had only just begun. The game intends for a single winning run to serve as mere prologue: it clearly signals that, for a real victory, one must complete the game with each of its three characters at least once, and then face down who-knows-what after that in order to score a “true ending”.

Amy, of far more organized mind than me, waved all that away, marked the game as complete, and thought upon it no further. But I, a fool, returned to the slog, relitigating Spire as if my genuine and hard-won victory meant nothing. I find myself playing with increasing impatience, rushing, making careless errors leading to messy deaths and a sense of time wasted.

And this is how I come to realize that I shouldn’t have gone back for seconds, just because I enjoyed the meal. I am powering through this extra helping, grimly, for no purpose. For me, one victory was enough. I should celebrate my time with the game and enjoy telling my story of how I beat The Collector with 3 HP left on a hail-mary play involving a Gambler’s Brew potion. That is my personal and true story of how I beat Slay the Spire forever, and the existence of a “Continue” menu option doesn’t make it false.

Some players, foodier than I, will relish the chance to keep grinding away after that point, exploring more permutations of deck-building combat. The game is ready to serve them as well. But those options exist for them, not me. I will set my controller down, sated, and give myself a chance to digest.