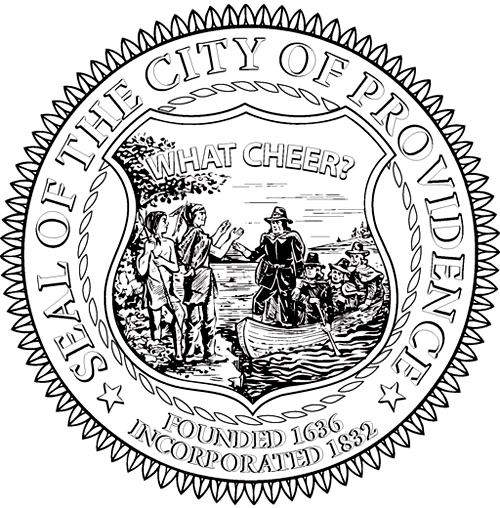 Three weeks ago I reported on my new drive to start treating my current city of residence as adoptive, and not merely my latest crash-pad. I bear, unexpectedly, an update of some small relevance: I’ve joined What Cheer Writers Club, a local nonprofit that offers a number of services to writers in Providence.

The club, itself only a year old, has a very lovely and modern co-working space right downtown with a number of interesting common areas, work-nooks, side-rooms, and studios. When I first toured it a couple of days ago, I felt a little dizzy: it didn’t seem like such a large, dedicated arts space could come into existence in the middle of a city, and so casually. I thought this way in part because I had spent 14 years living in the Boston area, where this project would have proved laughably, impossibly expensive. I have otherwise lived in very small cities — Newport, Bangor — whose miniscule populations could never have supported such an effort, either. In Providence, I may have found a city large enough to sustain arts resources like What Cheer, but not so large as to fall into the economic greenhouse effect that my beloved Boston and other coastal cities have fallen victim to? I can only speculate, but it feels worth hoping for.

In some ways, I feel that my membership to this club is the first tangible thing that all my work on Fogknife has earned me. Half-price memberships are available, you see, to anyone who either earns a nonzero amount of their income from writing, or who publishes some free thing of any shape that has an audience of at least 150 people. While over 3,000 unique IP addresses pass through Fogknife.com every month, my much more stringent rules for counting regular readership — using Bise, my own yardstick for this purpose — result in a number hovering right around 170. I delighted to see that What Cheer had set its minimum required audience level just underneath the water-line I found myself bobbing at with Fogknife, and took it as a sure a sign as any that I ought to join up.

That said, I know that I have a blog must count as one of the most attention-meltingly boring sentences possible, so in the few conversations I’ve had in What Cheer context so far I lead instead with I help run an interactive fiction nonprofit. I wouldn’t know how to begin measuring “my audience” there, so I feel no scruples about using Fogknife as my ticket in and IFTF as my claim to relevance. (Related: I late last year resolved to describe my role at IFTF when people in any context ask me what I do with my time, because my only other answer would be I write web software, which surely beats out the blogging claim in terms of making oneself look hopelessly uninteresting.)

At any rate, here I am, a ten-minute bus ride from my house. (Or a half-hour walk, when the weather favors it.) I plan to use the space to work on Fogknife content, and maybe the other services and opportunities that What Cheer offers will end up becoming part of my greater efforts involving Plerd or IndieWeb-related work — the pursuit of which I plan to resume come mid-summer. I look forward to finding out.

Something I didn’t know before moving to Providence last year: The city’s official motto is What Cheer? — yes, including the question mark. Given the graphics present on the city seal, I tacitly assumed it a historically mangled transliteration of an indigenous greeting, like the story of how Texas got its name (and a hundred more stories like it). But, not quite: according to Rhode Island’s own origin myths, it derives from the plain-English salutation that a party of Narragansett locals offered to Roger Williams as he crossed the Seekonk River to meet them for the first time. The phrase looks odd today, but — if I understand it correctly — it is merely the archaic construction of what we would today phrase as What’s up? or How’re you?

Therefore, should I wish to make myself very slightly happier for a moment, I now have the means to envision a variant of my city’s official seal, with the stately embossed motto replaced with ‘Sup? And that makes me smile.

Next post: Krugman and Pinker on the state and sustainability of human progress

Previous post: I bought an expensive chair and I love it