I plan to read this tomorrow afternoon, as my family bids a pandemic-delayed farewell to my brother Pete, who died in January. 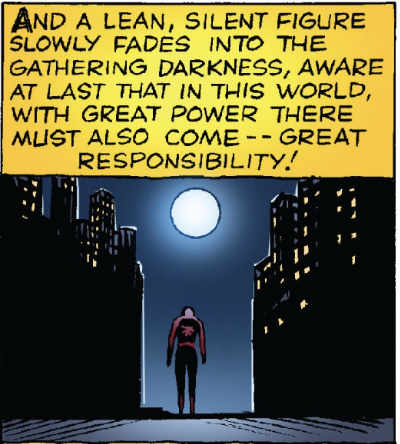 I first met Pete when he was fifteen, and I was zero. As an unplanned child, I was given largely into his care by our mid-career parents, and he took up the job with joy. With a pure heart, uncluttered mind, and unerring attention to the people he cared about, he would act as both surrogate parent and playmate through all my single-digit years.

His role model during his own long childhood was Peter Parker, from the comics: an awkward but brave boy who faced his outsized responsibilities with courage, perseverance, and humor. Pete would every day try to emulate his namesake by balancing his roles as a watchful protector and a playful teacher. I felt so lucky to have my own personal superhero in Pete. Whatever foundational love I have for humor, games, and play comes from this time with him.

When I moved on from our home, Pete searched for other ways to fulfill his call to act as a caring protector. After a perhaps over-literal stint as a night watchman, he found his true calling as a caregiver in group-homes for adults with cognitive disabilities, a taxing and thankless career that he willingly poured all of himself into. This work, leavened by following with his whole heart the ups and downs of the Red Sox’s fortunes, defined his life for many years.

When his wife Janice took ill only a short time into their marriage, Pete followed the only path he knew, shifting the entirety of himself into her care and protection. So much of him has gone into the earth already, with her tragic passing six years ago. His superheroics ended alongside Janice. We today lay to rest only that part of him that stayed behind.

In these latter years he found love and support in his Bangor families, both given and chosen. His older brother stepped up to become Pete’s own protector, now that he finally needed one himself. Pete also found understanding and solidarity among his fellow struggling souls at the city’s Clubhouse International chapter, where he rebuilt new friendships. But he left us very suddenly, before he could finish redefining himself.

So, it’s that superhero, his truest nature, I say goodbye to today, as I turn to face my own great responsibility to continue expressing his best virtues into the world. As the first benefactor of his loving, playful selflessness, I will carry an echo of Pete’s amazing spirit within myself for the rest of my life.

Next post: Farewell to Shadow, and all the others